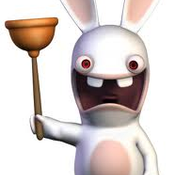 By stupid_bunny
0 comments
Hello. My little brothers have always loved Ninjago. My friend had introduced to me to Lego Cuusoo. The second after he had left, my brothers were jumping up and down happily. They wanted to make a set, and guess what it would be? Ninjago!

Anyways, there already were Ninjago sets. The older of my two brothers said that we could make a micro set. As my friend says, "What happens when you take a big, bulky thing and make it smaller? It gets cuter!" I have tried to apply that to this set.

Along with my younger cousin, we created a mix of the Great Devourer set and the Fire Temple set.

The picture above is the temple and Great Devourer. I have made all parts of the snake movable. The snake can move the first three parts left and right, and can also move the other parts up and down. The green wing-like pieces can go down and are made as a "protection" which makes him look bigger. Right now there is no decal on the face, but I hope to change that part later.

And here is my plan of a few micro figs

In the front row in order is Zane ZX, Cole ZX, Kai ZX, Jay Zx, and Lloyd ZX. I also have below one by one with clips as "arms". In the back is Frakjaw. The red stud is his loin cloth thing. Lloyd is a bit hard to see but he is in transparent green and built with studs so he is smaller than a typical micro fig.

The picture above is a closer view of the Great Devourer snake. Below the head is an upside down one by two plate. That holds his teeth which are one by one cone pieces.

A picture of the fire dragon will be posted soon.

Thank you and please support and/or comment on this project.