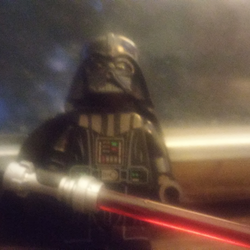 I designed a model using LEGO Digital Designer. It is based on the American Amtrak train. There are seats, two bathrooms, two floors, two doors on each side, two passages, and windows by every seat on each passenger car. The engine has a light brick inside. each section has the red, wight and blue stripes. I got the idea for this when I remembered riding an actual Amtrak Super liner.

This would make a great LEGO set because, many people who live in America could relive their journeys on the Amtrak. People in other countries could learn about the trains in the United States. Trains are also a favorite of many LEGO fans, including me.