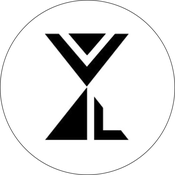 Dedicated to my childhood memories, the main motto of this work is to 'play with your hands, not only with your eyes'.

I've always liked the concept of LEGO being able to transform with a little structure design and a few drop of imagination.  Each of the spirits can shapeshift thorugh some few simple touches, more than 2 different forms. Even though these doesn't form a perfect-tight figure, with imagination they may be the best characters coming to life. Just like kids do. Just like we used to do.

To help you with such imagination, I give you some background settings of the theme:

* The Spirits are fighting in a league, as a representitive of their empires.

* The shiny parts possess the power of its spirit.

* 'Blaster middle' is required as a basic weapon to attend in the league.

* The 'Dark' Empire shows high defense and more of a robotic background. The 'Blue' Empire excels in shooting and sniping. The 'Red' Empire spirits include incredible human strength, so that the pilot themselves can directly attack/defend the spirit attack by their own weapons. The 'Nature' Empire possesses more of magic and spiritual powers. The Neutrals are the fastest and the most supernatural ones, yet they use it to balance the four empires.

* Some battle of the league requires only human-armed forms, so that full spirit forms can not be passed through.

* Tons of other background settings.

Detailed background settings are not important,

yet still if you want to imagine more, ask me anything at