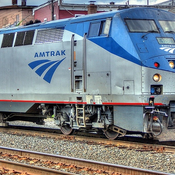 Hello. I built The Boeing 787-8 Dreamliner is Boeing's most fuel efficient aircraft. The 787 is also extremely nimble. The first flight of the Boeing 787 was on December 15, 2009. One Boeing 787 costs $224.6 million. The doors do open on the side of the jet. The landing gear also adjusts to the incline of the runway. I included a baggage conveyor belt that actually works and hauls the baggage up to the plane.

When I first saw this jet I was immediately inspires to replicated in Lego. As of now, the plane is in the United Airlines Tulip livery. My next project now is the Boeing 737 MAX. I hope you like it. Wish me luck.