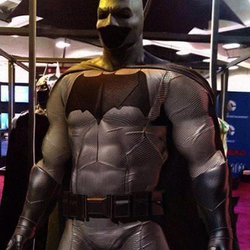 The Carbon Freezing Chamber where Han Solo is encased in carbonite and the duel between Luke and Darth Vader begins.

This set is a good 500 pieces and there is a fully working mechanical lift that will take Luke from the doorway to the floor above. Plenty of space to play and lots of minifigures which include:

And I think now would be the perfect time for Lego to finaly create an ugnaught minifigure or two.