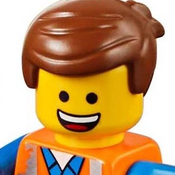 By Koopafrank
14 comments
I'm a young designer and collector from Naples, Italy. I built this scene in LEGO form because I think it's very artistic, and also because I love romantic movies, in fact this scene represents two lovers, the two lovers kisses, after they arrived in that place by bike. In the project, you can also see cobblestone on the ground, a streetlamp, the two lovers bikes and a cat on the back. This scene is made with only 131 pieces, so it's very small, but I think it has potential, and could be a great set because it can be placed in many LEGO dioramas, such as the set 10243 (LEGO Parisian restaurant). I really hope my project becomes a real LEGO set because LEGO has released very few sets with lovers, and also because I'm a collector of them since I was a kid, and it's a dream I have.