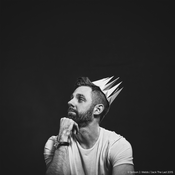 "Show me GRANDFATHER and I will finish what you started"

One of the most iconic scenes from 'Star Wars - The Force Awakens'.
Kylo Ren's private chamber onboard The Finalizer, where within he begs for guidance from the chard remains of Darth Vader's helmet.