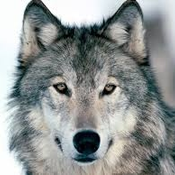 In the past LEGO has had a couple of goes at an AT-RT set, the latest being in 2013 with the 501st AT-RT set. However, in favor of detail over realism, they have gone with a model 3 or 4 times the size of a correct model (using a mini-figure as a scale). Star Wars fans have also had a try, but most models use pieces not available in sets, so I had a go. As you can see all of the features on the AT-RT are to scale and also the right colors, it is also 1 mini-fig high from the ground to the top of the legs (just like the movies).

The Crab droid is also one of my own creations, using parts from the "Clones vs Battle Droidekas Battle Pack". It too, is also to scale and can also recreate the scene from Star Wars ep III where a clone shoots it from on top of its back. Also, because it has never been in a set I'm sure fans would love to see it.

All right reserved for Walt Disney co. and Lego (no copyright infringement intended)