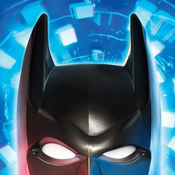 This project is a motorbike that can be transformed with a simple move into a jet.Its colors (brown,green and grey) are combined to suit to Cole character of Lego Ninjago series.This project is mainly made from bricks of the Cole’s Tread Assault set (9444).I believe that this vehicle is good enough to be a Lego set ,since in my opinion it is a beautiful ,well made and attractive to children (especially for Ninjago funs ) project. Ninjago (subtitled "Masters of Spinjitzu" ) is a current theme introduced by LEGO in 2011 and has currently run for 5 years. The theme has a popular TV series, known as Ninjago: Masters of Spinjitzu, which is still being shown. The theme is planned to have a movie in 2017 along with a possible sequel in 2018. Ninjago was originally planned to be discontinued in 2013 and replaced by Legends of Chima, but this was eventually decided against, and the Ninjago theme and animated series were continued into the present day, outlasting Legends of Chima which only survived into 2015. Ninjago centers around six teenage Ninja, Kai, Cole, Jay, Lloyd, Zane, and Nya, who have been trained by their master Sensei Wu, fighting forces of evil to protect the land of Ninjago. The evil forces include those such as the Skullkin,Serpentine, Stone Army, Nindroids, Anacondrai Cultists, Ghost Warriors, and Sky Pirates. The theme takes very little influence from the previous Ninja theme, instead introducing a variety of elements such as a more modern setting, the removal of shoguns and bandits, new enemies, and a battle game known as "Spinjitzu", with spinner sets for in 2011 and 2012, which were discontinued in 2013. Spinjitzu involves spinning your spinners at your enemy until their weapons are knocked down. In 2012, the game was rebooted, adding crowns, blades, and shields. A new form of the game called "Airjitzu" featuring flyers, released in the summer of 2015, involves launching your flyer into the air. Ninjago also appears as a LEGO Dimensions theme, using the minifigures, their Golden Weapons, and microbuilds of the vehicles. Ninjago Juniors sets have also been created Cole is the Elemental Master and Ninja of Earth, who was chosen to protect the Green Ninja along with three other allies. In the first season, Cole was recruited by Sensei Wu to train to become a ninja alongside Jay and Zane. The trio's first test was to attack Kai who would soon become the fourth ninja - much to their disagreement. Yet the four became close friends and fought together against the Serpentine and other adversaries.