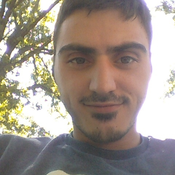 Since I previously build the Burger Mobile from the movie Good Burger, I found it only fitting to also build the Mirth Mobile from Wayne's World due to both cars being identical twin 1976 AMC Pacers, down to the exact factory body color. Popular belief is that the same vehicle was used in both films, but this is false. The original Pacer used in Wayne's World was sold recently to Rick Harrison of the History Chanel TV show Pawn Stars in 2015. And the Burger Mobile is presently owned jointly by the International Hamburger Hall of Fame, And the Hamburger Museum. So the belief is purely myth.

The Mirth Mobile became famous after it starred as the shared transportation of public access TV show hosts Wayne Campbell and Garth Algar, portrayed by actors Mike Myers and Dana Carvey.  The 1992 film was based from a popular sketch the comedy duo performed on the popular TV Show Saturday Night Live.

What sets the Mirth apart from the rest?

At first glance, the Mirth Mobile looks like an average AMC Pacer. But upon closer look, the Mirth has a few bells and whistles unmatched by others. Notice the limited edition flame decals behind each front wheel, and the mismatched rear wheels that add just the right amount of "SCHWING!" to the Mirth's mighty footprint. There is also the unforgettable red rope licorice dispenser mounted to the headliner, and the enhanced audio system with the addition of the portable CD player and cassette adapter!.

I hope you enjoy my rendering of the classic AMC lovingly known as the Mirth mobile, be sure to support and follow this as well as my other projects! thanks for looking!