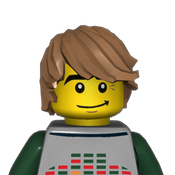 By Andrew Bricksen
25 comments
The Build:
This is the White Stallion Tavern and Inn. On the ground floor there is a tavern. Along one wall, there is a bar with barrels of food and alcohol behind it. In the corner, there is a bard playing a guitar. Next to him, there is a fireplace. In addition to the bar, there is one small table on the opposite wall. There are two soldiers and the town drunkard drinking at the bar. Outside the tavern, there is a tree and some plants growing in the rocky soil.
There is also a staircase up to the inn. Right inside the doorway of the second floor, the child of the innkeepers is waiting to give the customers their key. The first room is unoccupied. The second room is occupied by a cloaked stranger, who is laying out some weapons on his bed.
Beside the check-in station, there is a ladder up to the attic where the family lives. The attic has their own fireplace against the opposite wall. There are two beds, one for the parents, and one for the child. There are a few chests of drawers and a few stools. The table is made of a barrel that has their savings in it.
The Inspiration:
LEGO has made a small tavern in their old Medieval Marketplace set. I decided to make a tavern, but adorn it with much more detail. I wanted the tavern to be much more like a medieval era tavern and tried to encapsulate that feel within my build.
Features:
This build is modular and each floor can be easily removed and the inside shuffled around. The build comes with eight minifigures: the host and hostess of the tavern and inn and their child, two soldiers, a bard, the town drunkard, and one mysterious traveler. The build also comes with two rats and a yellow frog.