By lizardman
2 comments
The Shriek is a swift and deadly fighter that was conceived by the Ice Warriors of planet Exthus. This ship is just as cold as those that pilot it. It's one of the fastest fighters around and is capable of reaching the speed of sound. It is armed with missiles designed to freeze whatever it touches and then shatter it instantly by emitting a extremely high pitched shriek. This is how it aptly received its name as the "Shriek."

If you like this, please also support some of my other projects!
-Dragon Slayers
-Elven Dragon
-Kings Lonely Fortress
-Tower Robbery
-Dragon Drone D-77 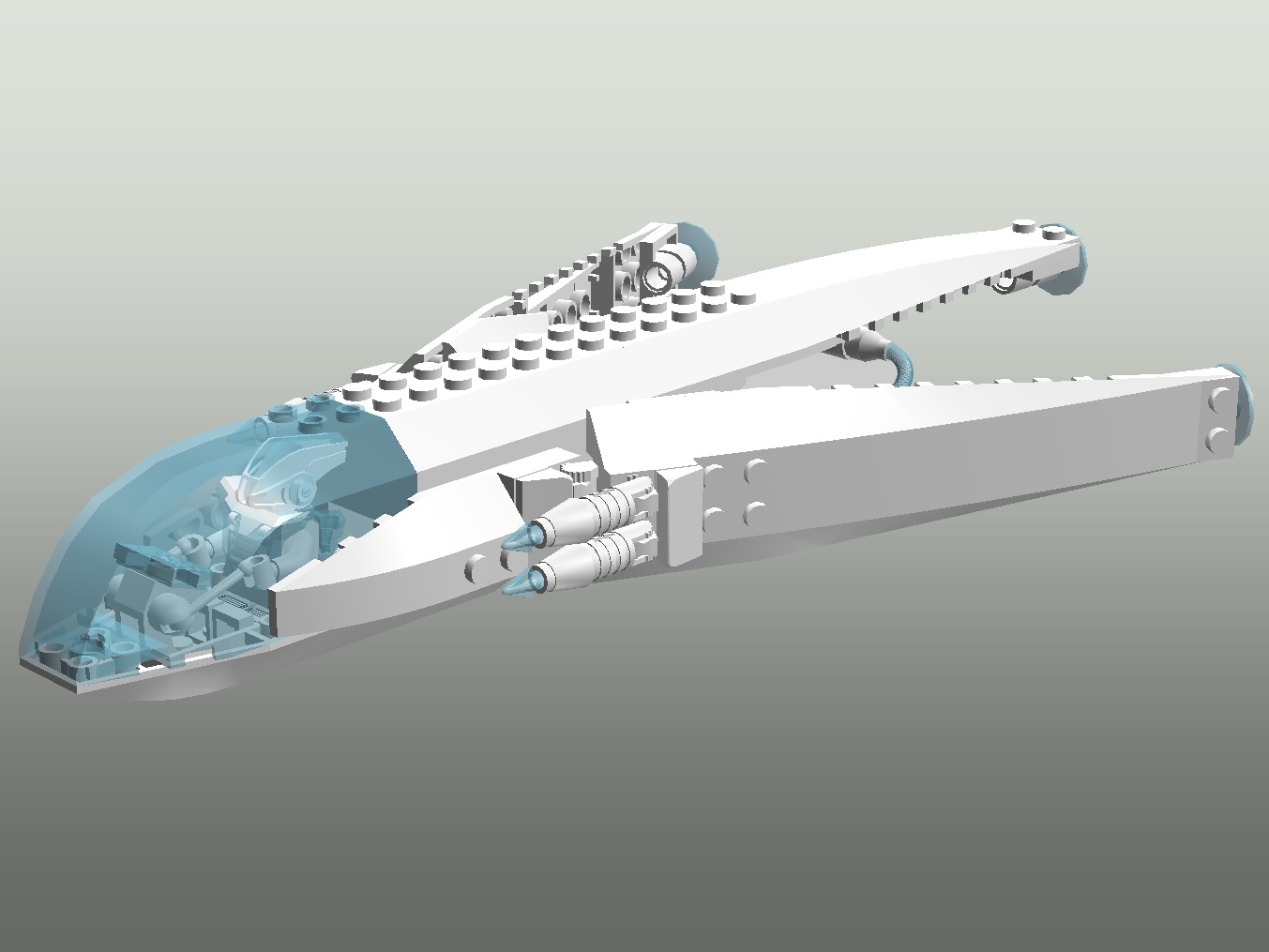 Here is a picture of the Shriek from an angle. It's a very smooth ship with a sleek and fast looking design. The missiles can be found on sides of the wing and employ homing technology to reach their targets. 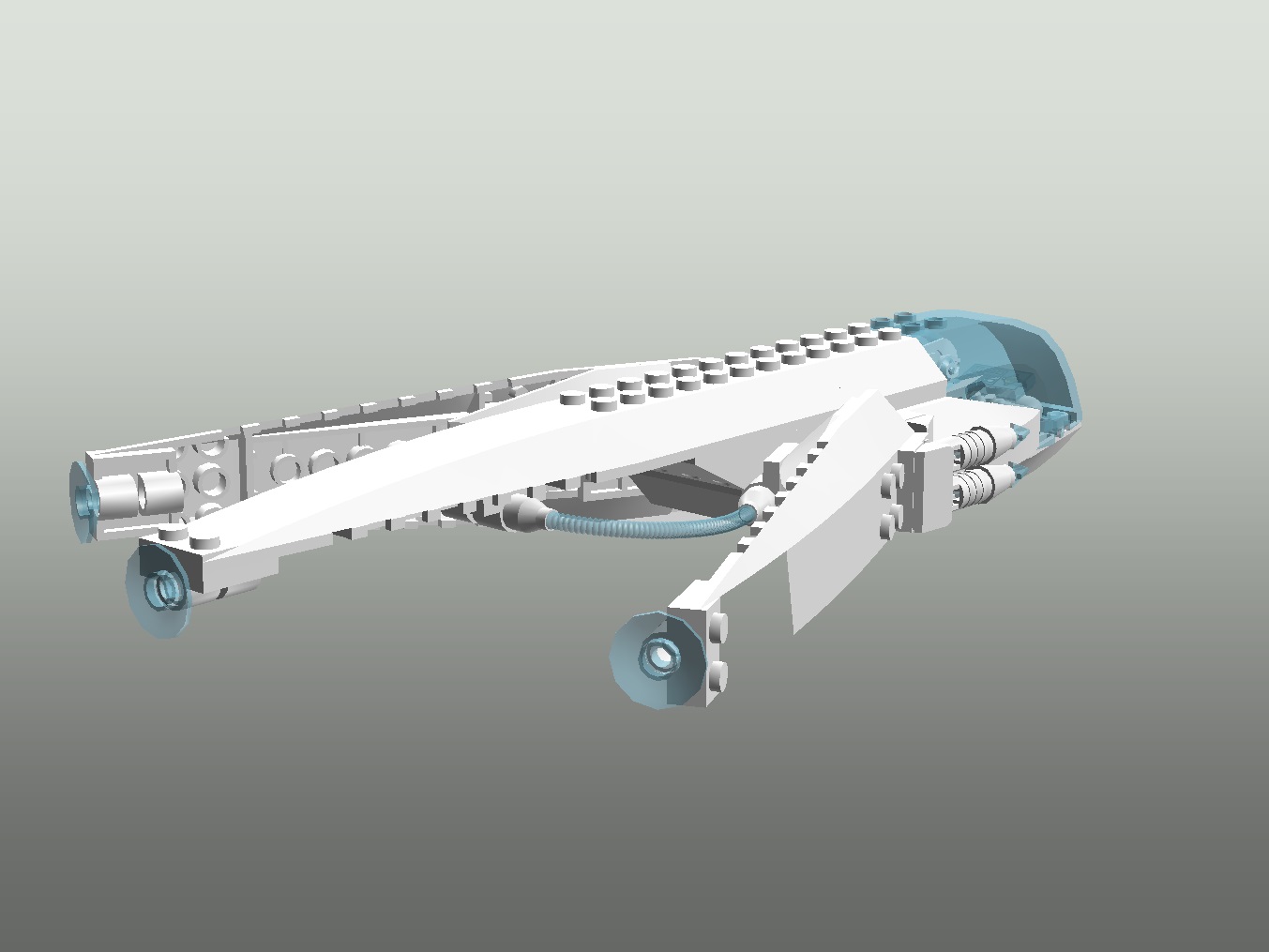 Here is a shot of the ship from a the perspective of the rear. There are tubes connected from the back of the ship to the wings that feed the engines fuel. The fuel itself is a mysterious liquid that very little is actually known about. It has no freezing point and only remains in a liquid state. It is speculated that it is a natural resource belonging to the planet Exthus, but nobody is able to set foot on the planet to find out due to the hostilities of its people. 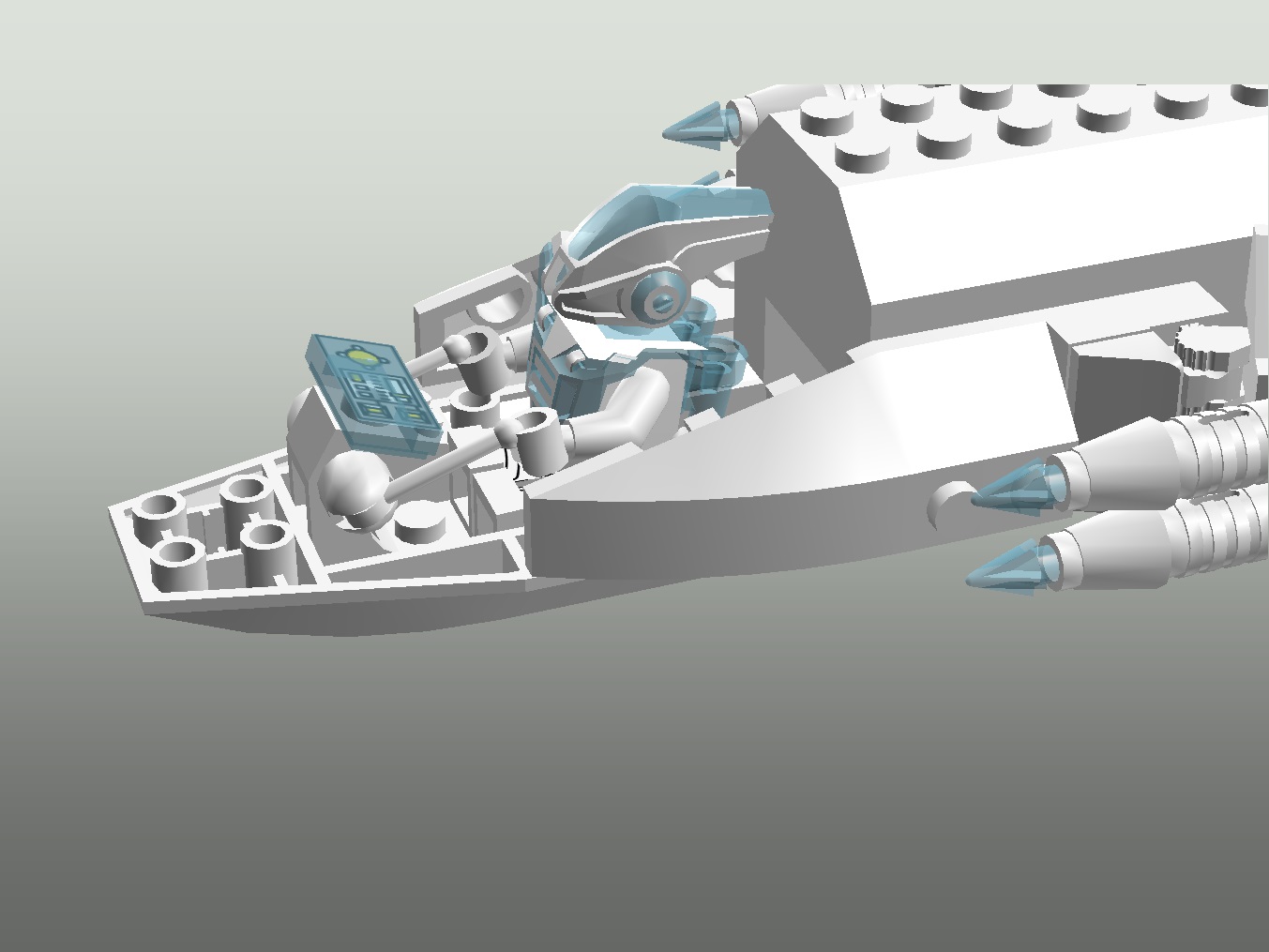 The cockpit of the Shriek comes off to reveal the pilot and the cockpit. As you can see, the cockpit is detailed for such a small space. 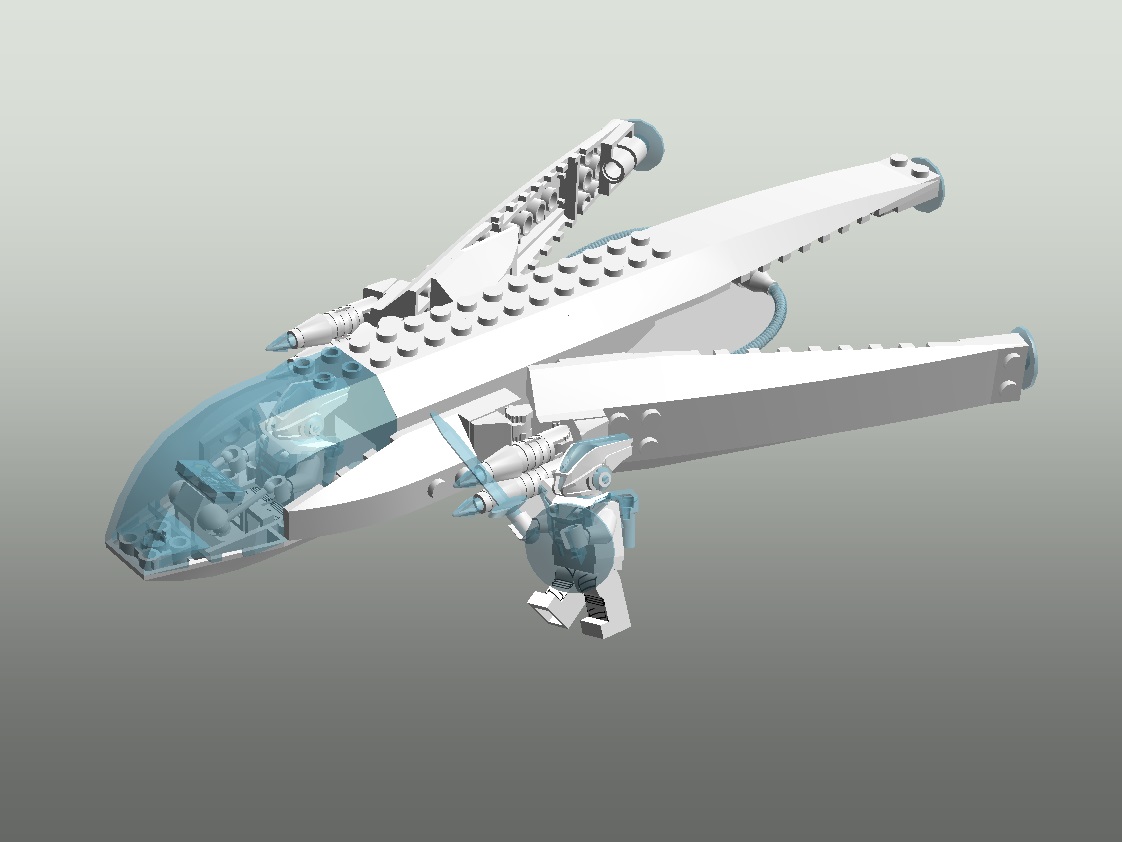 Here is a pose of the fighter in action. Alongside the fighter is an ice warrior with his surprisingly lethal and durable sword and shield.

Thanks for viewing and please also check out my other projects!