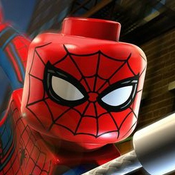 By The Amazing Spidey
45 comments

"You are watching the most advanced designed and one of the fastest racing cars in the world. It's called the Mach Five. Watch it really go!" -Speed Racer, 1967

Although most people remember Speed Racer as being an animated TV series from 1967, this isn't how the franchise originated. It started out as a Japanese comic book series titled Mach GoGoGo (マッハGoGoGo) published by Tatsuo Yoshida in 1966. The comic book followed the story of Gō Mifune, a young and ambitious driver who longed to be the best race car driver in the world. The publishing of the comics spawned the creation of a TV series by the same name, which ended up being more popular. In 1967, the American syndicator Trans-Lux Acquired the English rights to Mach GoGoGo, and renamed both the show and the main character Speed Racer.

Ever since the age of Ten, I've been an avid fan of Speed Racer. Sure, the plotlines were extremely corny, the dialogue was hilariously cheesy, and everyone spoke super fast due to the show being translated from its original Japanese. But Speed is such a heroic character, and he drives one of the coolest cars ever! This project is designed to showcase that car: The Mach Five, along with the garage where it was built. With its distinctively shaped body, special gadgets, and a top speed of 350 miles an hour, The Mach was destined for greatness.

The garage is rather large and includes lots of accessories and easter eggs, such as a trophy, and Racer X's letter to Speed from the Third episode of the series. The Mach Five itself is 18 studs long and 6 studs wide, making it approximately the same scale as a LEGO Speed Champions car. However, unlike those cars, I've designed this one to seat two Minifigures side by side, while still using approved LEGO building techniques. The Mach Five Has most of its special features as well. The Jacks (for undercarriage repairs or making the car jump), the Rotary Saws (for cutting through obstacles), the Infrared Headlights (for special illumination), the Periscope (for when the car is underwater), and the Homing Robot (for sending tape-recorded messages). I didn't bother to add the Belt tires, as I don't think there exists a way of replicating them without using illegal building techniques. I might add the deflector shield, but only if I can find a way to make it work without it hitting the Minifigures' heads. I'm open to suggestions!

Speaking of Minifigures, the ones included in this project are Speed Racer, the main character and the driver of the Mach Five, and Trixie, Speed's girlfriend, and faithful assistant. Also included are Pops, Speed's Father and the one who built the Mach Five, Mom, Pop's wife, Sparky, Pop's mechanic and Speed's best friend, and Spritle and Chim Chim, the mischievous duo made up of Speed's younger brother and their pet chimpanzee. Although Speed is pictured here with the 30171 helmet, I would prefer if the 93560 helmet (the one used on LEGO Minifigures characters such as the Football Player and the Hockey Player) were used in the final product, as it would more closely resemble the one in the TV series, as well as making it easier to print the red 'M' on it. For Trixie, I have the 62711 hair pictured, and am wondering if I should go with hair piece 20877 (Black Widow's hair from the Avengers: Age of Ultron sets). Although a monkey Minifigure is used for Chim Chim, I'm thinking that the Chimpanzee piece used for the LEGO Minifigures Jungle Boy and Zookeeper would work better. He is a Chimp, after all.

I know that LEGO has released Speed Racer sets in the past, but since My project is based on the 1967 TV series rather than the 2008 film, I am hoping that it will still be considered, assuming that it reaches 10,000 supporters. I think this is a good time to submit this project, because if it does end up being approved, it will most likely be released at some point in 2017, in time for the 50th anniversary of the show. Many thanks to fatsomania36 from Mecabricks.com for creating the renderings for this project!

By The Amazing Spidey
45 comments