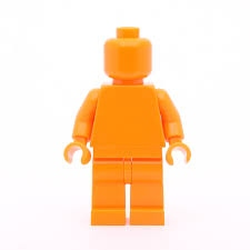 I created this project using only pieces from a Lego Shop 'Pick A Brick' and the minifigures from the Lego Shop make your own minifigure. I'd made the characters first because I like the era, (all the fantasy tales and great adventures that come from that time). So I then decided they needed somewhere for them to stay, and as the peasant was my favourite I decided to make him this hut.

It would make a good Lego set because the main focus of Medieval Lego is Knights, Castles and Dragons but most people in that era would have been poor. It is also something that hasn't really been done before and would widen a person's collection and variety of sets.

Storyline - It was an average day and the peasant was going about his usual chores of gardening and catching spiders. What he wasn't aware of was that somebody was sneaking up on him. It was El Desperado, the Spanish outlaw. He climbed up his tree and onto the top of his hut then he jumped down and landed on top of the Peasant, who was caught unaware...

"Hand over all your money!" demanded El Desperado.

"But I don't have anything!" replied the Peasant.

"Well give me all your jewels and shiny things then!" shouted El Desperado.

"But I don't have any, I'm just a poor peasant!" answered the Peasant.

The Peasant - He is just called the Peasant because his parents forgot to name him when he was born. He lived on the streets of the Castle Village until he was old enough to run away.  Now he lives in a wooden hut which he built himself. The only possessions he owns are his rake, a leaky cauldron, flowers he stole from a rich ladies garden and a two year old newspaper. The main things he eats are spiders and plants but he is trying to grow some carrots.

El Desperado - He was born in Spain but came over to Kingdomland in a fishing boat with some of his outlaw friends. He is now in charge of the Red Bulls, an outlaw band who try and commit crime; but they're not very good at it. His goal in life is to become the best outlaw in the world; and own his own fashion brand.

This is my first project and I would really love the support but if you're not totally impressed please comment on what I could do to improve, and I will try to make this better in future projects. I am planning on making future projects related to the medieval theme and your comments would really help me to perfect these.