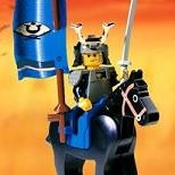 I first was going to use "Tattoo Man" but I thought he would be to obscure of a bad guy.  But then I thought Shadow Thief and if people did not know who he was at least he made sense.

I want to keep the set small, because I feel people are more likely to buy a smaller set for $20 than a bigger set for $100+, as I see most of projects on here.