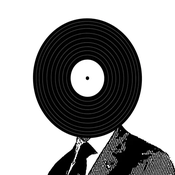 By COUVERCLE
29 comments
STUPEFLIP Brickheadz #1 : KING JU aka The Scary Scarecrow !!!
STUPEFLIP is a French hip hop, punk rock and synthpop Band.
King Ju, founder member have elaborate a mysterious universe over four great albums.
After the releases of their two first albums on a Major Company, the band began auto-producing themselves for their third album in 2011 and soliciting financial support on the crowdfunding platform Ulule for his later album Stup Virus. The campaign ended making it the biggest crowdfunding effort for a band in Europe...
A new album named Stup Forever will be released on September 2022, so let's celebrate this new record with this Collector Stupeflip Brickheadz !