The Lord of The Rings - The Mirror of Galadriel 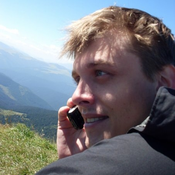 Become a part of the iconic scene from The Lord of The Rings – The Mirror of Galadriel. The elven queen Galadriel used magic power of her mysterious mirror in order to show Frodo his future. What will he see at the bottom of the ancient elven artifact? Will Galadriel resist the power of The One Ring? Find the Phial of Galadriel in the water of enchanted wellspring and give it to Frodo. Let the light of Earendil, The Elven Star, assist hobbits during their epic adventure!

The set consists of the Mirror of Galadriel, located on a stone pedestal in the centre of composition, colonnade and the wellspring with hidden container.

During the designing this set, I was trying to reflect the Lorien's atmosphere, the main idea of which is the combination of nature and architecture. Therefore we can see the combination of dark green plates (grass in twilight) and grey plates (stone) forming the base of the composition, and also the tree, integrated with elven fountain and column.