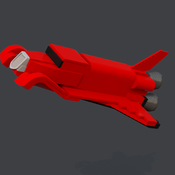 The original Baldwin-Motion Performance Group (1967-1974) represented a partnership between Baldwin Auto Company,
a franchised Chevrolet dealership dating back to the early-1920s and Motion Performance, a high-profile speed
shop with a reputation for building fast Chevys. Both were located in Baldwin, Long Island, NY, a New York City
suburb.

Starting in 1967 and running through 1974, Baldwin-Motion offered
SS (425-hp) and Phase III (500-hp and up) big-block Camaros, Novas,
Chevelles, Corvettes and Biscayne Street Racer Specials. Cars were
sold at Baldwin Chevrolet or Motion Performance, converted by Motion
and financed and delivered by Baldwin. Phase III 427 and 454 cars
came with a written, money back, quarter-mile performance guaranty from Joel Rosen.

All Baldwin-Motion sales promotion materials carried Rosen's guaranty. 'We think so much of our Phase III Supercars
that we guaranty they will turn at least 120 mph in 11.50 seconds or better with an M/P-approved driver on an AHRA or
NHRA-sanctioned drag strip. Phase III Supercars are completely streetable, reliable machines that will run these times
off the street.' There never was a single comeback!

Created in Lego Minifig scale to fit into the official "Speed Champions" line .
What collection of Sports cars would be complete without The legandary Corvette?

Brick count: #171 including Minifig
would come with stickers or printed parts