Batman: Attack on the Triad 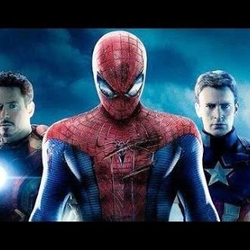 Help Batman defeat Deadshot and the Triad with his batski. One of the rocks is hiding kryptonite, Help Batman find the kryptonite and escape. Be careful there are guards guarding the premises. This Amazing play set comes with Batman, Deadshot and 3 Triad Sentries. Knock down the guard tower and hack into the system. This Would make an awesome playset and a great display piece. The tower is the highlight of the set and is pretty cool, you can put some mini figures up there and have them sniping some heroes/villains. You should vote for this set and help me make my dreams come true by having my own creation on a shelf at a store. It would cost around $25 USD. Some of the pieces are also very useful for MOCs and more. This set can easily be expanded, or put into another scene, this set would also come with 3 triad figures which have never been made, and could be used for Arrow scenes. Help Batman by Supporting my build:)