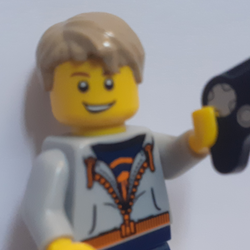 I am a TFOL who has liked Lego for as long as I can remember. My favourite themes throughout my love for Lego have been mainly Star Wars, Ninjago and Marvel Superheros, although I do like City and Creator too. I am also a fan of some of Lego's newer themes such as Monkie Kid and Super Mario. Besides Lego, I also like Nintendo, Star Wars and Super Hero Movies in general such as Marvel and DC (This is why I love Lego Super Mario, Lego Star Wars and Lego Marvel Superheroes). I hope you guys like some of the Ideas that I will throw out every so often!