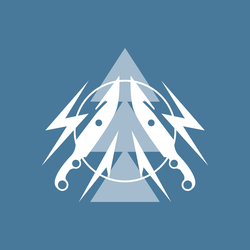 RandomParker
0
The EJet uses ionic propulsion for lunar-martian transport, as the use of xenon and electricity is an efficient system resulting in a great delta-v despite low thrust. Once in martian atmosphere it uses liquid oxygen to turn turboprop engines, resulting in a greater thrust allowing atmospheric navigation, using a flying wing shape to cruise for long distances. Once a suitable landing spot is found, parachutes deploy for a gentle touchdown. For charging, solar panels are situated on the space plane's tail fins.
0