Battle of Wits: Who is the Greatest Master Builder? 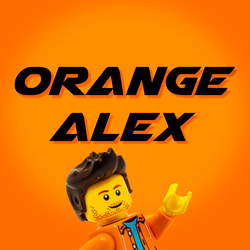 Orange ALEX
7
The team made up of Albert the genius, Nikola master of lightning and Leonardo the flying man is fighting against the team made up of Vincent the artist, Amadeus the musician and (last but not least!) Steven the director... Who will win this incredible battle of master builders?
They are all really powerful: at the center of the action there is Amadeus using his mighty ability of throwing notes from his music sheet while Nikola electrocutes one of the notes using his redoubtable "Tesla tower".
They are fighting on a work surface full of sorted Lego bricks because... You know, these master builders build faster with sorted bricks! And they have already built awesome creaitions that surround them (and increase their abilities!)
The builds around the battle are in 1:1 scale, from left to right in the first picture you can see: a hammer and a chisel, a pencil, a calculator, a (working) clapperboard, two paintbrushes and a blue tempera jar.
7