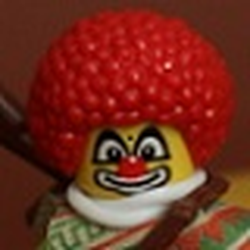 JanekZT
12
The Rebel Alliance strikes on Imperial bunker on the volcanic planet of Sullust!
The Great Civil War goes on. The first Death Star is destroyed. Galactic Empire is in defense!
I am glad to show you my entry into this contest. My MOC consists of:
-Imperial bunker (Episode VI style)
-Landing platform with crates and fuel tanks
-74-Z speeder bike (genuinely my design)
-Lava river and small lava pools
-Two silos used by Empire to extract substances used in weaponry production
-bunch of Imperials and rebels.
This ios my first attempt to build something in this scale. I have been doing small vignettes and thing around 32x32 baseplate, but this contest made me to go bigger.
I hope you like my entry!
-Jan
12